Engine 27 as it sits today at 173 Franklin Street. 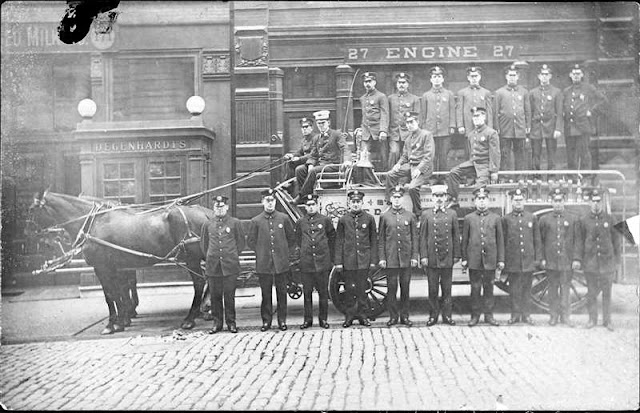 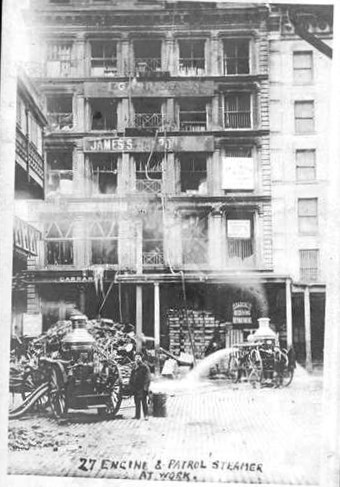 Among the volunteer fire companies that protected New Yorkers in the first half of the 19th century was the North River Engine Company.  Like the rest of the city’s volunteer force, the “laddies” at 173 Franklin Street were replaced in 1865.

The devastating fire that destroyed Barnum’s Museum that year along with pressure on the State Assembly by reformers resulted in the Act of 1865 that coupled Brooklyn and New York with a paid, united “Metropolitan District” fire department.

The North River Engine Company was replaced by Engine 27.  The blazes battled by the professional firefighters changed as the neighborhood did.  The low houses and shops of the pre-Civil War period were replaced by loft buildings in the last quarter of the century as the Franklin Street area became the “dry-goods district.”

In 1879 the Fire Department appointed Napoleon Le Brun its official architect.  His firm became N. Lebrun & Son a year later when his son Pierre joined him in business.  Before the turn of the century they would be responsible for 42 fire houses.

By now the old North River Engine Company fire house was obsolete and on May 7, 1881 the City announced “Proposals for furnishing the materials and doing the work of erecting Engine House at 173 Franklin street” were being accepted.