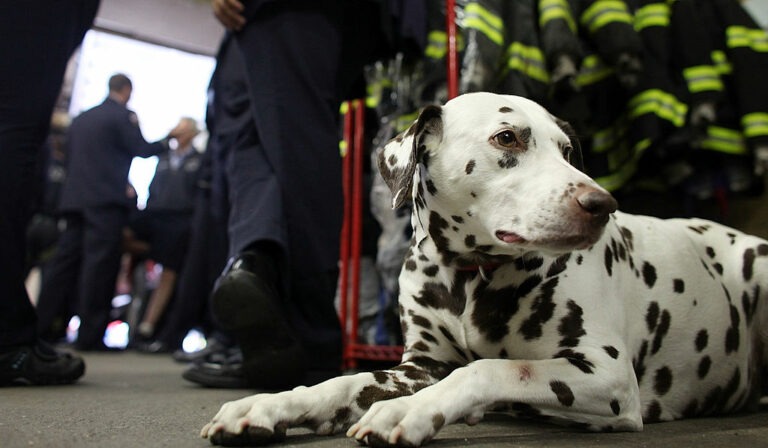 NEWS RECAP: Tank the Dalmatian from Perry, Iowa, arrived ready for duty in October. He will become the mascot dog for Ladder 20 in lower Manhattan.

Tank is set to replace the dog Twenty, who was given to the Ladder company 20 years ago after they lost seven firefighters when the North Tower came down September 11, 2001.

“I’ve always known about Twenty, who is the Dalmatian that the Rochester Sheriff gave to Ladder 20, 20 years ago,” said Sara Rubin of Iowa Dalmatians. “She was a donation after the towers collapsed where they lost seven people & it was a donation to help them heal.”

After Twenty died in 2018, word got out that a new dog was available, but the firefighters were not yet ready. Then, there was a Facebook post saying, “they were ready to love again,” said Rubin.

Iowa Dalmatians is donating Tank to the FDNY, & a group of retired deputy sheriff’s officers from Rochester, New York, have raised money for Rubin & her mother, Tawni Plath, to bring Tank to the firehouse.

“They heard they were getting another puppy & the firehouse asked if we could go there ourselves,” said Rubin. “So those awesome sheriff’s deputies, they’re now retired, they decided to pay for our trip to go to New York & bring this baby to them.”

Tank has a lively personality.

“He’s fun, carefree & wants to run around & play,” said Rubin. “He loves to snuggle when he’s not wanting to run.”

Mother & daughter flew Tank to New York, then spent a few days in town catching some sights & checking on Tank.

Iowa Dalmatians does sell puppies, but its current litter is all sold-out.