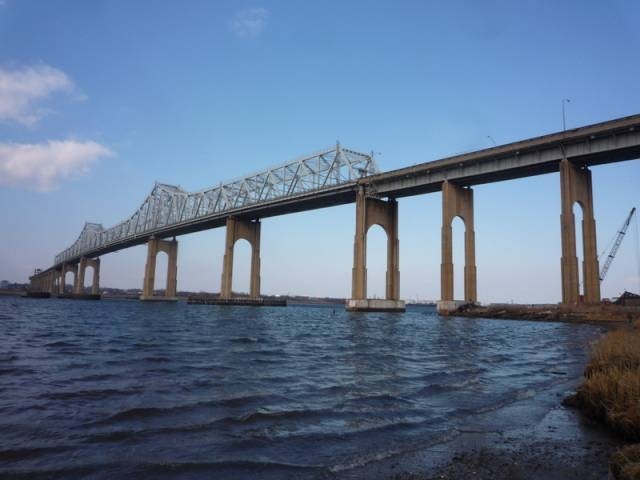 A good samaritan rushed to save the life of a 19-year-old man who attempted to jump from the Outerbridge Crossing on Tuesday, as shocked New Jersey-bound motorists looked on.

A former Staten Islander from Richmond who now lives in Hazlet, N.J., Gary Smiley noticed the young man — identified as a Tottenville resident — get out of his car and start to climb over the railing.

“I yelled out to this kid, ‘what the hell are you doing?’ and told him to get over here,” Smiley said.

As the young man put one leg over the bridge’s railing, Smiley said he went into action. A retried FDNY rescue paramedic, he clutched onto the agitated man and stayed with him until Port Authority police arrived.

“He was very distraught and he thought that he had failed at life and we talked before anyone got there,” Smiley said.

A Port Authority spokesman said the 911 call came in at 12:45 p.m., and that PAPD officers found the 19-year-old man with one leg over the railing when they arrived.

Police were able to remove the man from the bridge and he was transported to Richmond University Medical Center for psychiatric evaluation, the spokesman said.

“I would not let go of him and even after everything happened I told him to call me at anytime,” Smiley said.

Smiley, who is now a FDNY Local 2507 World Trade Center Liaison, is no stranger to these types of situations and now helps members of his organization on a daily basis.

“Today was a good day because I happened to be driving over that bridge,” he said. “When you do this job, it never leaves you and I wouldn’t have given it a second thought, that’s what I had to do.”

Posted in EMS, FDNY, News
← Why are the stars of the flag forward?Fatal house fire in East Elmhurst declared Arson →