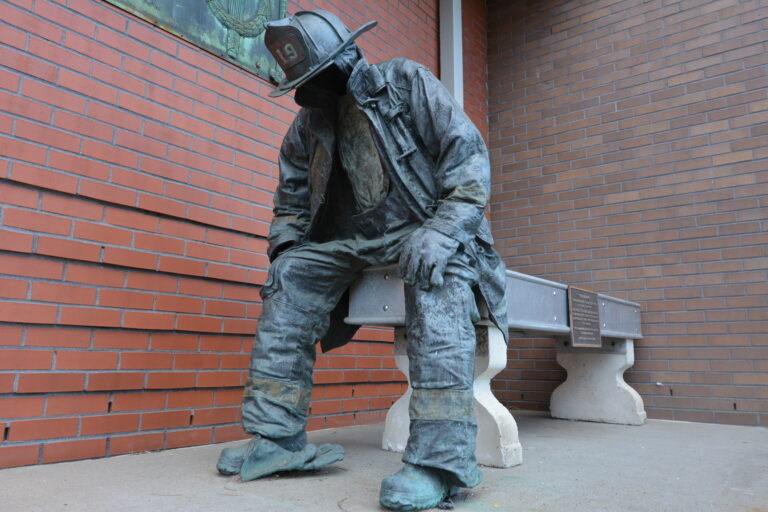 Probies. The future of the fire service. Future leaders, future officers, future Chiefs. Traditionally, we tend to treat probies like dirt which has been somewhat of an issue throughout the years. There’s a reason for this though. You need to be tough to be a firefighter. By making the probies go through hell their first year, it gives the officers and senior members an idea to see what kind of firefighter the new guys are going to be and if they have thick enough skin to make it to the top. Right now, we have a lot of senior firefighters beginning to retire, and we have the newer generation coming up. There’s a major cultural gap between these two generations and it’s something to keep a close eye on. We were all once probies, and when you’re the one now dealing with probies, you need to remember when you were once in their shoes.

I’m a big proponent of making sure the new guys show their worth within the fire service. This new generation may be a little soft compared to the older generation, but they still need to build thick skin. With everything changing culturally, there’s one thing that still holds true. Fire doesn’t care about your feelings. The way you feel about the world will likely change when you go to certain alarms that aren’t for the faint of heart. So putting this into the head of a probie is important, but it’s the way we treat them that we should be a little more conscious of.

We can agree that the newer members need to prove themselves within the fire department, but what we need to be careful of is WHO is leading these probies to success. When I was a probie, I had some great officers that took me under their wing and showed me the way. I also had some others that treated me like dog shit. Luckily for me, I had a keen eye as to who I should follow and who to be weary of. Anyone that’s good with reading people will be able to do just that and steer clear of the toxic traits that others give off, but it’s the people that are easily influenced you need to watch out for. You know who the toxic people are in your organization and it’s best you keep them out of the picture when it comes to probies.

As an officer or leader, you need to give the probies a clear message of what the expectations are and let them know that their first year is them trying out for the team. Probies are supposed to be at every alarm, drill, or extra curricular activity that’s going on so they can make a name for themselves. They should be introducing themselves to the other members and having conversations with the senior members and learning about their experiences in the fire service. By doing so, they build credibility, and it makes people a lot more willing to help them with their training.

When you let the toxic members have their way with the probies, you’re only breeding more toxic behavior, which leads to the downfall of your organization. If you’re an officer, your main goal is to build up the best company of firefighters you can. If you don’t correct these issues with probies learning from the loud mouths, it makes you look bad. You should be training every one of your subordinates as if they are going to be your next officer.

A few takeaways here. It’s important to make sure a new member has what it takes to be a firefighter. That means the way they carry themselves in the firehouse, and the way they learn and use their skills on the fireground. The other part of that is also giving them some breathing room. Being too hard on somebody for no reason other than “this is how it was when I joined” only puts a bad taste in their mouth and it’s also a good way to lose a potential candidate. There’s a balance here. Keeping the toxic members away from them is also something you should be aware of, otherwise, you’ll just have another guy that walks around the firehouse talking about how much their officers suck. Let them know what your expectations are. Be there for them when you’re needed. Train them to be just like the leader you are. Take time to know them. Turn them into the firefighter you want your team to be full of.