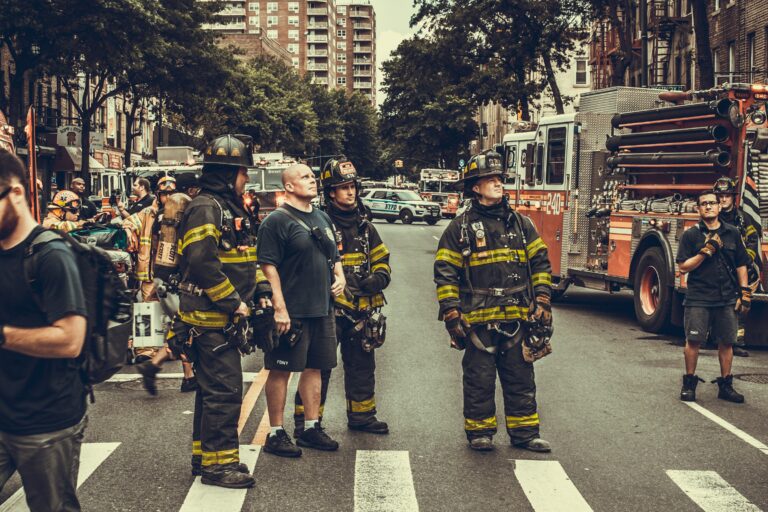 This one is a hot topic of conversation. The difference between being a leader and having a leadership title is something that’s been recognized since civilization was born. We have leaders and title holders in all different industries, but what separates the two in the fire service?

When it comes to promotions in the firehouse, it’s done by either taking a test, or being elected by your peers. Both have their value. From a testing perspective, you passed and got promoted because you’ve demonstrated that you know your stuff. When it’s through a vote, it means that you have the approval of the members that you know your stuff. However, the other side of this is that if you get promoted from a test, you may just be book smart. If you get elected, you may just have a lot of friends. The latter two can pose a problem.

Being a leader is not having a shiny badge on your chest. In the fire service, being a leader is measured by a few things: Knowledge, skill demonstration, humility, courage. Lacking in any of those will automatically make you a “spot filler”. Being a leader is something that’s either hard to teach, or can’t be taught at all. If you’ve ever thought about becoming an officer, you need to take a hard look at your reason to do so. Let’s break down the difference between leader vs. title holder.

This type of person rarely thinks about being an officer. They walk around the firehouse with their head up, greeting everybody they pass. They will tell outsiders how great their crew is and never talk about themselves. They became an officer because their peers asked them to step up and lead. This person will show you how things are supposed to be done and help you if you don’t get it right. If this is your personality, then you should consider becoming an officer.

If you demonstrate the leadership skills mentioned above, you’ll never have to worry about people not showing respect. The ones that don’t show respect have the “title” mentality and probably shouldn’t even be a firefighter. It’s not just about respect however, It’s about creating a comfortable and safe environment within your department. It’s about creating future leaders out of your subordinates. It’s about creating a crew of firefighters that will provide the best protection for the community you serve. Take a look at every firefighter that has been hailed a hero. You’ll see that they all demonstrated quality leadership skills. The title holders will often try to hang on the coattails of a hero and talk about their so-called involvement. The worst part of a title holder is that most people can tell they’re a hack, but they don’t say much because they don’t want to become a target of authority.

If you want to become an officer, take a look at the people in your department and figure out which person you want to be like. Watch how they train, watch how they compose themselves at a fire, tune into their conversations with other members and how they treat them. Overall, learn from them, ask them questions, ask them for feedback on certain things you do. This won’t make you look weak, it will demonstrate your ability to be coached and mentored and eventually you’ll have people looking up to you the same way.