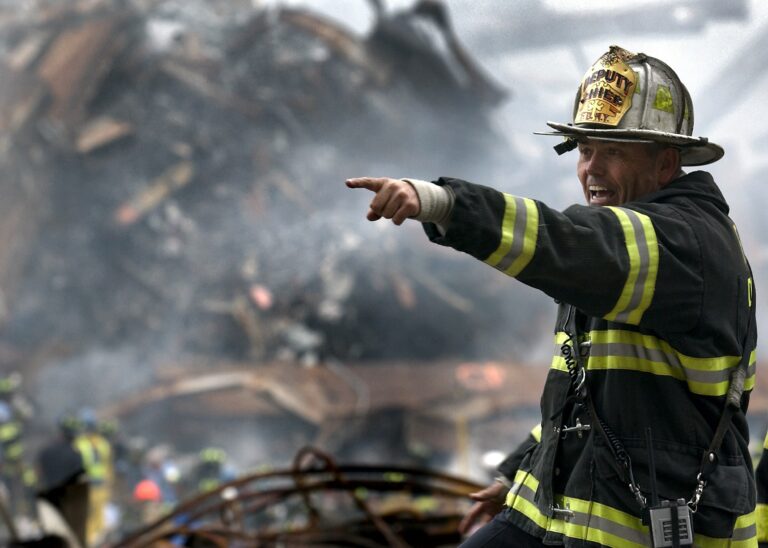 A term we hear often in the fire service – But can we apply it to leadership? Can this quote that’s often seen on t-shirts or stickers actually be acted upon? Let’s take a closer look.

Think back to when you were a probie. You were often told that “You are seen, not heard.” Which in a nutshell makes sense because you’re supposed to learn as much as you can and hold your opinions to yourself. That being said, you are also observing the actions of your officers and other members of your company or department. You can see by the way they carry themselves what things you can and cannot do. You learn their way and you become accustomed to them. As time goes on, you eventually start following in their footsteps and doing as they do.

Seems pretty straightforward. However, one of the key problems here is following the wrong guys. The guys that cut corners, the ones that don’t put in the effort, the lazy ones, the ones that are always the loudest and always have something to say. This concept is similar to that of a baby. They learn from their parents, their surrounding environment, monkey see, monkey do. With these types of influences in the firehouse, it becomes a breeding ground for low morale and an uphill battle for an officer trying to build a group of great firefighters.

On the other hand, it’s not fun being one of those guys when everyone else in the company is doing their part. How do you walk around the firehouse knowing that you left the kitchen after a meal but didn’t stay to help clean up? Or during drill you were the guy that sat in the back the whole time while everyone else was involved? It’s not a good feeling, and it’s a lonely place. Everybody wants respect, but we all know that respect is earned. If you’re the type of officer that practices this type of behavior, you can bet your money that your company or department will follow suit.

So as an officer how do you deal with these types of situations? Use the “First in. Last out.” method. Here are a few examples.

When it comes to training, be the first one there. Have your plan in place and when your members show up, you can now command the room. Be active within the drill. Suit up, go through the motions with your subordinates. When drill is over, make sure you’re cleaning up and start with putting away the biggest tools, or be the guy on the top of the rig packing hose. Be the last guy to get back on the truck when everyone is ready to go. This sets the tone for your members to follow your path.

When it’s time to cook a meal, be the first one there. Have everything prepped and ready to cook. During the meal, take that time to learn about your members, what’s going on in their personal lives, how everybody is feeling, ask for feedback. This goes a long way. When you’re done eating, offer to take other’s plates to the sink. When you’re done cleaning up, be the last guy in the kitchen wiping down the counters.

Does this mean that you will be the only person doing these tasks? Absolutely not. If you do these tasks while keeping a positive attitude and not asking for others to help, you will command the help. People will feel obligated to get up and take the tasks over that you already started, it’s psychology. For the lazy – unmotivated members that don’t pick up on these cues, here’s a simple way to get them to pitch in. Ask them to be in charge of a task. People that don’t take the initiative love to be given power. You can’t teach an old dog new tricks, but you can certainly make them feel important which makes them more inclined to complete a task. Even if it’s them delegating responsibility to others, it keeps them more involved and gives them less to bad mouth.

The point of all this is you can avoid newer members falling into bad habits they picked up from other members of your department. It’s hard to lead a company that has these bad eggs spoiling everything for the new guys. As an officer, you will always have a certain aura floating around you that guys tend to gravitate towards. If you want a crew of firefighters that train hard, show enthusiasm, and have pride in what they do, then you must lead by example.