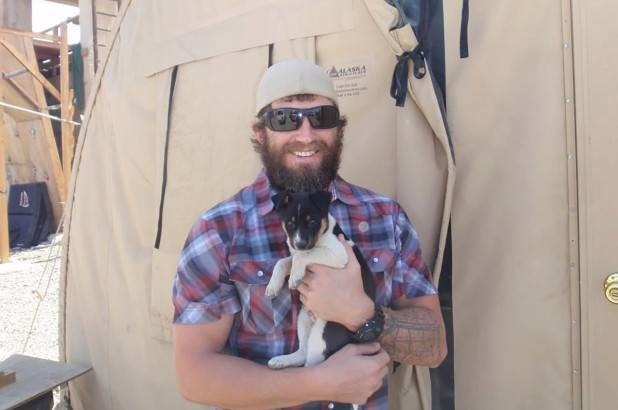 A decorated Navy SEAL is no longer “too old” to join the FDNY’s Bravest.

On Veterans Day eve, Gov. Cuomo is poised to sign a bill to extend the window for active military members to qualify as NYC firefighter candidates by one year.

“We intend to s‎ign this legislation in the coming days,” Cuomo spokesman Richard Azzopardi

That will open the door for SEAL Shaun Donovan, who was turned away because he missed the application deadline by 6 months & 25 days while serving in Naval Special Warfare.

Donovan, whose parents hailed from Staten Island before raising him in Tucson, Ariz., was born on September 11. The 343 Bravest killed in the 9/11 terror attacks inspired him to apply.

“I am grateful that myself & several other veterans who are also now eligible will have the privilege to attend the FDNY academy,” Donovan, now 38, told The Post. “I am beyond humbled to have the chance to be a part of the FDNY & look forward to doing my part to keep the people and property of New York City safe.”

With Mayor de Blasio’s blessing, the state Legislature unanimously passed the bill at the end of its session in June, after The Post reported Donovan was appealing his rejection to the Civil Service Commission.

Under current law, military members must be under 36-years-old by the FDNY’s application time.

Donovan, who has earned medals for valor during four combat tours in Iraq, Afghanistan & Yemen, used military leave to fly to New York City twice at his own expense to apply.

He scored in the top 1% of 43,900 candidates on the written exam & passed the Candidate Physical Ability Test.

“The city & FDNY are getting a great firefighter candidate. Shaun will make us all proud,” said his lawyer Kevin Carroll, of Wiggin & Dana, an Army reservist who represented Donovan pro bono.

A booster behind the scenes, Mindy Franklin Levine, the wife of Yankees president Randy Levine & a volunteer for veteran groups, called it wrong to penalize Donovan for the length of his military service.

“We want to show our veterans that they’re welcome in the workplace, they’re valued members of society, and they should not fear leaving military service for lack of work in the private sector,” she said.

Currently, of 17,000-plus FDNY members, including EMS and civilians, more than 1,300 are veterans or military reservists, Dwyer said.