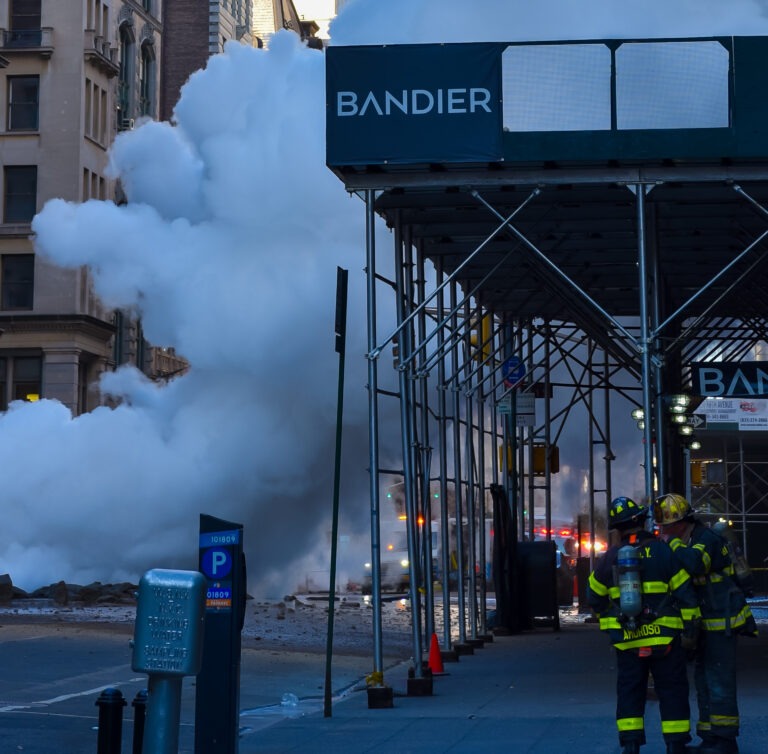 The ability to understand how smoke works is imperative for firefighters to know. We’ve used it for generations to help develop our strategies when it comes to fire suppression. For some, this may be a refresher. For others, this may give you some insight into reading smoke behavior, and why it’s important. For the most part, years and years of understanding what the smoke is telling us has led to success, but in the past decade or so, it may seem to be a little more complicated than usual.

When we talk about reading smoke, we discuss Volume, Density, Velocity, and Color. The thing about these four pillars is that they must be read together. If you only look at the color of the smoke, and ignore the other three items, you might wind up in some trouble. Breaking down the four pillars will help you understand better.

Volume: The amount of smoke in a given area. Do you see a column of smoke from a distance? Or do you have a smoke condition within a structure?

Density: How thick the smoke is. Can you see through it? Or are you making your way through a hallway with no visibility?

Color: The actual color of the smoke. Is it dark? Or is it white or brown?

Once you understand these four characteristics, we can dive deeper into what they mean.

You know the term “Where there’s smoke, there’s fire.” That’s true when understanding the volume. If you can see a large column of smoke while you’re enroute to the call, chances are there’s a heavy fire load. If you happen to get on scene and you have a light smoke condition, it means that the fire has either died out, or it means that a fire is in its beginning stages. Either way you need to investigate.

This one is super important. Density is largely based on what exactly is burning, and what type of gasses are caught up in it. Thick smoke poses a problem for many reasons. The thicker the density, the harder it is to see. More importantly, smoke is a byproduct of fire, meaning that it’s technically still combustible. That being said, if you’re in a room where thick smoke is getting lower to the ground, that poses the threat of a flashover, or a roll over. The particles in that smoke mixed with heat and oxygen have a very good chance of reigniting. Quick tip: If you’re in that situation and you see flutters of flames within the smoke, it’s time to get out.

Speed of smoke is also extremely important. It tells us a lot about what’s going on inside. If you see fast moving smoke that seems to be pushing out of every crack of a structure, that indicates that it’s a very hostile situation inside. Any introduction of oxygen into that environment will cause a backdraft which is not a situation we want to be in. Slow moving smoke can be tricky in that it can either be of little concern, or it can be indicating another potential hazard. Slow, billowing smoke that seems to rise casually typically means that something is definitely burning. However, the fire will be at its full form and it won’t pose as much of a risk other than the fact that it is, indeed, a fire. The other side of this is thinner smoke that seems to be moving fairly slow, but moving about as if it’s trying to get away from the fire. It doesn’t happen often, but this smoke might be telling you that there’s potential for a smoke explosion. This is definitely a risk to firefighters and it’s definitely something to keep an eye out for.

Color of smoke is a good indicator of what is actually on fire. Like we discussed above, thick black smoke typically comes from any petroleum based products such as plastics or oils. Black smoke is extremely hot and is usually charged with all types of gasses that are not only hazardous to breathe, but can also ignite extremely fast. Synthetic petroleum products that push out this type of smoke are items like couches, bed sets, tables, appliances, etc. This also includes vinyl siding on houses, and as of recent, some structural items that are no longer made of wood. Light colored smoke like a brown, yellow, or white, will tell you that either the components of a structure are burning, or if there’s water on the fire. A brown or yellow color is what you would see from burning wood. A white smoke is actually white in color due to water vapor in an extinguished flame. Also, depending on if it’s a certain chemical burning, the smoke may be an entirely different color.

It’s good to keep these things in mind to help when you’re making decisions on the fireground. Every fire is different, and there’s other factors involved. Smoke may be moving fast due to how windy it is. It might look slightly white in color if it’s pouring rain. There’s a bunch of different variables. But when you’re on the scene of a structure fire, you’ll be able to make the right move. When looking at the smoke, factor all of these conditions at the same time. It’s literally telling you a story. Once you’ve read the story, you get to determine what happens in the next chapter.