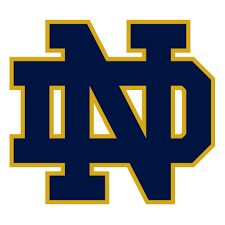 Scientists at the University of Notre Dame will begin an independent study of turnout gear worn by firefighters after initial samples tested positive for fluorine.

Graham Peaslee, a professor of experimental nuclear physics at the University of Notre Dame, and his lab tested fabric swatches taken from unused personal protective gear for the presence of perfluorinated alkyl substances (PFASs).

“The results were phenomenal — off the scale in parts per million of fluorine in all but one of the samples,” Peaslee said. “Everything was just loaded with fluorine.” Following the initial tests, Peaslee is leading a study of new and used turnout and personal protective gear issued throughout the 2000s, including jackets, pants and undershirts — all of which are either new or have been in service for more than a decade.

Various forms of PFASs have been linked to prostate, kidney and testicular cancers, as well as thyroid disease and low birthweight. The chemicals are commonly associated with stain-resistant products and the manufacture of nonstick cookware. In 2017, Peaslee was one of several researchers who uncovered the presence of PFASs in fast-food wrappers.

The chemicals are also a component of aqueous film-forming foams. These foam fire suppressants have been linked to incidents of contaminated drinking water. In Michigan, where a number of communities have traced water contamination to the use of the foam, some fire officials are working to limit its use or to use alternative, PFAS-free formulas when possible. The United States Air Force began phasing out PFAS-based foam for an environmentally safer alternative in 2016, and finished replacing its stock in 2017.

To test for PFASs, Peaslee’s lab uses particle-induced gamma-ray emission spectroscopy, a novel and specialized method he developed as an efficient and cost-effective way to analyze for total fluorine content. For this study, Peaslee said he and his students plan to test for content and how much — if any — is coming off the fabric with time and use.

“We’re going to measure each piece of gear and look at the difference in fluorine content over time and extensive use, including after the fabric has been washed, and look at how much of the chemical can transfer off the fabric,” he said. “The obvious thing is, if you take the new gear and wash it — do the measurements match the old gear? I can also then take the water from the wash and test the liquid. We can expose swatches of this fabric to heat and light and see if the fluorine content is affected. Will the chemical bonds break down?”

The breakdown of those chemical bonds in textiles and the transfer of PFASs is what concerns Peaslee the most. PFASs don’t degrade easily, and have an especially long half-life, meaning that those chemicals remain in the environment for many years, whether accumulating in the ground or the body.

Though scientists have not yet learned if PFASs can transfer to the human body simply by coming in contact with the skin, Peaslee co-authored a study in 2017 describing a method to track certain PFASs in mouse models. The results of that study suggest certain PFASs, such as short-chain PFAS compounds, can accumulate in various organs such as the brain and stomach.

Peaslee’s research on PFASs in turnout gear has been conducted pro bono.