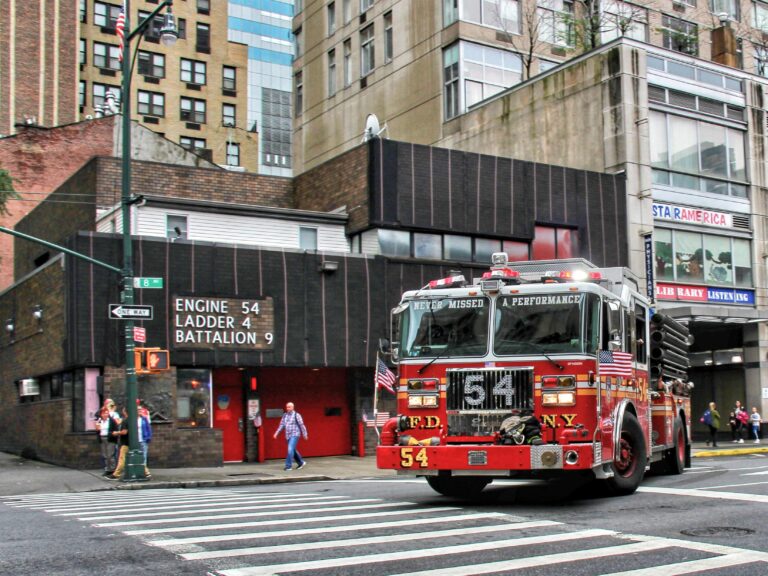 “With great power comes great responsibility.” Whether you’re a career firefighter or volunteer, holding a leadership position can be tricky. We all know that firefighting in general holds extreme liability and potential consequence. Once you become an officer, that increases tenfold. How do you walk the line with being friendly with your colleagues vs. being a boss when the time arises?

When you’re a career firefighter, typically you take a test to become an officer. In the volunteer service, you get elected. One common trait between those two is that you also need the fundamentals of being a leader. In some cases in the paid world, you’ll be assigned to a different company to lead. In the volunteer realm, you’ll lead the same company you’re already a part of. When you get into that position, you’re aware of the responsibilities you now own, but what about the backend of it? Often something that’s overlooked and shows its ugly face when it’s least expected.

One of the main issues I’ve seen is a leader struggle with balancing friendship and authority. It’s not necessarily the officers doing, but it’s “close friends” within the fire service that sometimes think when you get promoted, so do they. These people think that they can get away with doing things that they couldn’t do before you got the job. It can be a multitude of different things. The problem is that even though you hold a position of authority, you still have superiors to report to and they expect you to do your job. This also holds true as you go up the chain of command.

There’s two caveats here. One, is that if you don’t correct a problem, you’re going to get an earful from your higher ups, and you’ll also decrease company morale when others see that you let a person get away with bad behavior. Two, if you correct a close colleague’s behavior, they may turn on you and start badmouthing you to other members of the organization. A tale as old as time is that you’ll never make everyone happy, but is there a way to walk this line?

Let’s start with boundaries. Getting into a leadership position should be met with positivity from your colleagues and they should understand that, with your new role, you can’t be a part of the usual shenanigans. The problem is that some people don’t realize this. It’s important to establish with your team that with your new role, you’re there to help them and work as a team to make everyone better. Let them know that even though you’re a friend, you now have others to answer to. When you set the tone at that moment, any problems that arise can be dealt with accordingly and you can base your decisions on that initial conversation.

Don’t turn a blind eye. From a disciplinary standpoint, your job as an officer is to keep things at bay and make sure that issues don’t make it past you to your superior officers. If you see something going down that you know will become a problem, put an end to it right then and there. This doesn’t mean raising your voice and making a scene in front of a whole crew. Simply pull the individuals aside and let them know that what they’re doing is putting you in a bad spot. Reaffirm them that you have people to report to and you don’t want any disciplinary action coming down from them. If they really are a “friend” they will understand this.

Occasionally you’ll run into people who can’t understand why you’re “being uptight” about a certain situation, even though you’ve explained it to them. Again you need to explain the “why” behind your thought process. Does everyone need to know your thought process and why you make certain decisions? Not necessarily, but by doing so, it builds trust and decreases the chances of people creating more problems. When it comes to a point where you’ve had multiple conversations with a person about their behavior, that’s when you need to push your authority. You explain to them that your past few conversations with them have not yielded any positive results and that your bosses want answers. If they don’t get this through their head, then chances are they were never really a “close friend” and you’ll figure that out once you realize that they’re the only person you’ve had multiple conversations with.

If you become a boss in a career house, there are already rules in place to understand authority. In a volly house, these people elected you to be their officer. Either way, you are trusted to carry out the duties of an officer, on and off the fireground. Every department has SOP’s in place to handle any and all responsibilities. It’s up to you as an officer to set the expectations and act upon them as necessary in the event of an issue. Your job is not to benefit you or one other person, it’s to benefit the company and the overall mission of the department. You need to make sure that you have done everything you can to solve a problem before you turn to the books to make a decision. In the event that you’re unsure, your gut will give you the best advice.