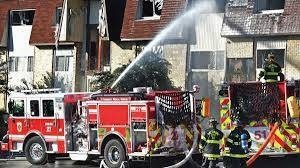 Starting next month, the Baltimore City Fire will send fewer units to house fires. In an effort to deal with a significant rise in medic calls, the Baltimore City Fire Department is testing a new policy that will initially send fewer trucks & equipment to house fires. The fire union said the new policy will put residents in danger, but the mayor & the department disagree. “It’s just a test. I think it’s fair that we look at it,” Mayor Jack Young said. “I was briefed on that by the chief. This is something that we are going to do based on the limited resources we have.” The policy change will be in place for three to four months. The goal is to determine whether the move saves money & stretches resources. Firefighters are also trained as medics & can respond to emergency medical calls. Baltimore Firefighters Union opposes the move, writing in a statement: “This Local is against any changes that will lower the amount of units on an initial response. This not only puts our members in danger, but the citizens of Baltimore.” “There is no danger to members or to the public,” Baltimore City Fire Department spokesman Chief Roman Clark said. Currently, five engine companies — short trucks that carry water — respond to a fire. Two ladder trucks & two battalion chiefs are also sent to a fire scene, as well as a medic unit. Starting Sept. 1st, that contingent will be reduced to three engine companies, one ladder company, a battalion chief & a medic. The battalion chief at the scene will have the authority to call in more units, if necessary. The Philadelphia Fire Department operates this way. “The (National Fire Protection) standard says for a low hazard, you must have at least 15 members on the ground. With the response that we are doing, we will have 17 on the ground. With a high hazard, they ask that you have at least 28 members on the ground. With our high hazard, we will have 30, so we are within the guidelines,” Clark said. “I don’t think it is a dangerous practice proposal. I think it is something that we really need to look at. You don’t want to send all those firetrucks & everything to one occasion that might not need all of that equipment,” Young said. The temporary policy change will give officers at the scene more responsibility. They will make the call on whether more units are needed. On Friday, the The Baltimore’s Fire Fighters & Fire Officer unions released a statement opposing the new policy “because it would provide fewer resources to respond,” & “It may increase the risk of injury or death to the public and our members.” “This new policy leaves fire fighters & available resources sitting in firehouses, delaying their response to an emergency” Stephen Horchar, president of Baltimore’s Fire Officers, said. “Decisions that affect the level of public safety in our city cannot be made in a vacuum,” Dickie Altieri, president of the Baltimore Fire Fighters Association, said. “The people that are potentially affected by these decisions have to be included to ensure that citizens and fire fighters that respond to help them remain safe.”