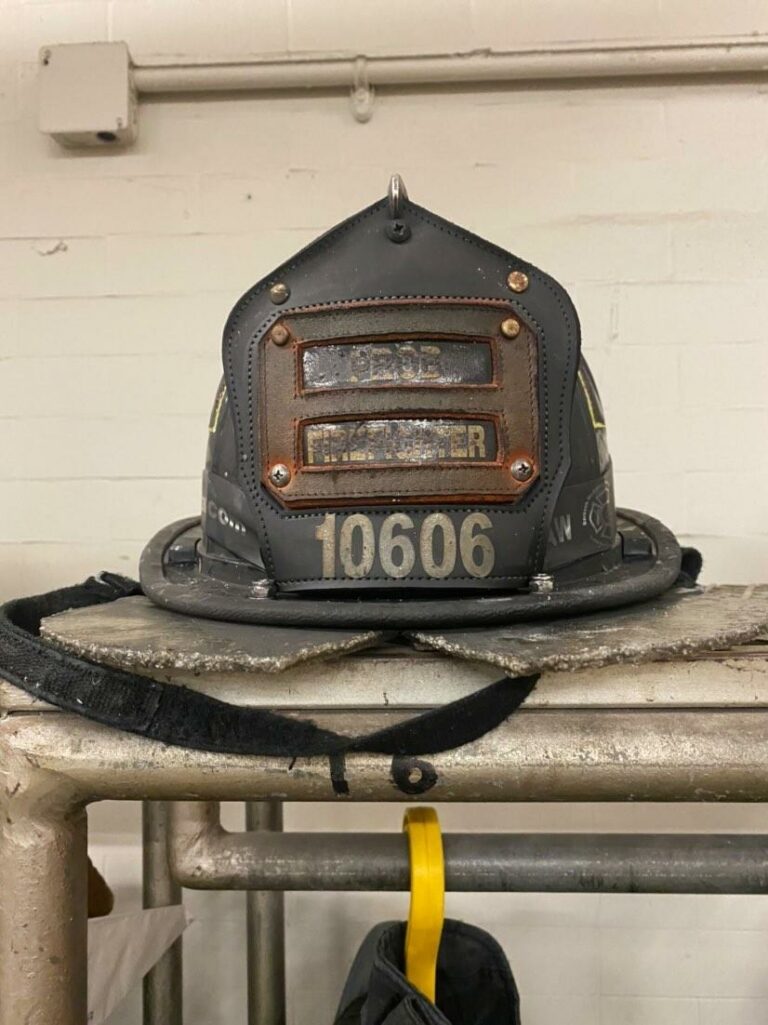 Sunday March 13th, 2022, The Harlem Hilton Engine 69 & Ladder 28 responded 1st due to a 3rd floor fire in a 6 story non-fireproof. Probationary Firefighter Donavon Abreu, Ladder 28 Can Firefighter, entered the building to locate the origin fire apartment. When located, PFF Abreu held back the fire using his water extinguisher while the inside team searched for victims. Engine 69 was delayed to this box as they were coming off of an EMS run. Engine 59 arrived first & proceeded to stretched the first line. As they were entering the fire building, Engine 69 members were right behind them. Knowing this was Engine 69’s first due box, Engine 59 handed the nozzle off to Probationary Firefighter Amelia John-Schonfeld, Engine 69’s Nozzle Firefighter, and they stretched the charged hoseline to the fire floor. As can be seen by the salty Proby helmet shield, the companies faced high heat conditions as they fought back the flames. Both Probationary Firefighters graduated together less than a week before.

The fire went to 2 Alarms when it extended to the floor above. PFF John-Schonfeld was among 13 women to graduate from Class 2 of 21.